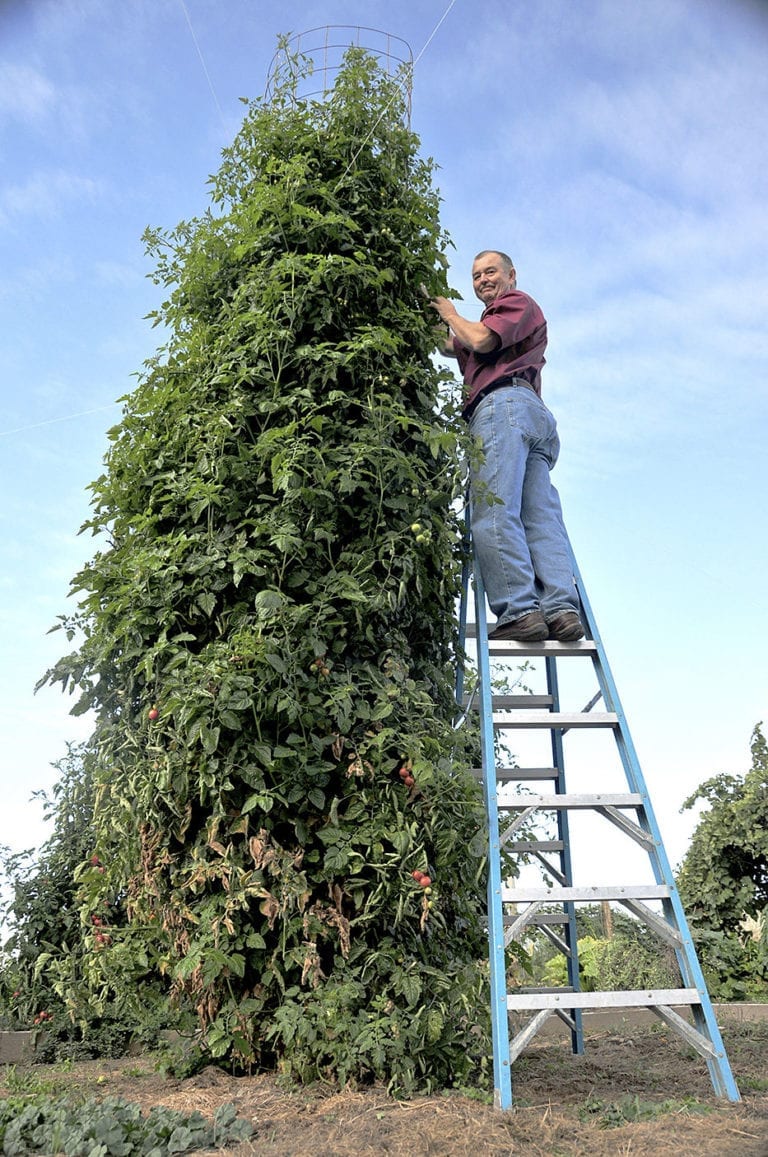 Not everybody fulfills a lifelong ambition but Jim Zamzow of Boise, Idaho, has done just that. Developing a chain of 12 garden centers in the Boise area and his own line of soil supplements does not compare with the satisfaction of fulfilling his decades-long goal of developing what he calls the world’s most perfect fertilizer.

“Jim has learned from the best,” Dr. JimZ Director of Marketing Lars Knutsen said. “This guy is not guessing about anything. There have been several test batches over the years, and he believes that Chicken Soup for the Soil is perfect. In the two years since coming to market it has accumulated nearly 30,000 customers, a number we expect will quadruple this year.”

Chicken Soup for the Soil is not just any fertilizer, he said.

“It looks like a liquid but seen under a microscope it’s actually made of microscopic nutrient clusters that start moving around,” Knutsen said. “They are colloidal, so they bind to the soil’s organic matter, are non-leaching and over time accumulate in the soil.”

“In order for plants to reach their full genetic potential, the microbes have to sit at the table first,” Knutsen said. “This product contains all the nutrients and trace minerals we can get and is easy for the microbes to consume. It really wakes up the soil and allows plants to decide what nutrients they want and when they want to use them.”

“The cool thing about foliar application is that it creates biological exclusion on the leaf,” Knutsen said. “Bugs and disease just aren’t entertained by it.”

Zamzow demonstrates the effectiveness of his products on his own farm, where he uses no pesticides on 50 acres of apples and plums. The heavy doses of Chicken Soup applied to last year’s apple trees resulted in a crop so heavy the fruit reached the ground, yet not a single limb was broken.

Chicken Soup for the Soil was preceded by the successful Tomato Secret and Tree Secret soil amendments.

“Hundreds and hundreds of pounds of tomatoes came off it,” Knutsen said.

The company is eager to see the response at this year’s Northwest Ag Show.

“The tone in Oregon is toward more natural if not organic products,” Knutsen said. “What really gets me excited is that, if anywhere, the Willamette Valley is ready for this stuff.”