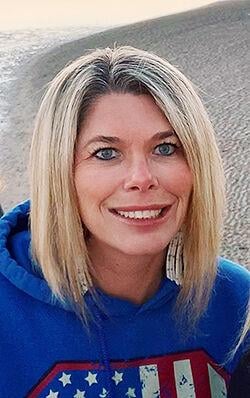 The Buckaroo Breakfast starts at 8 a.m. Saturday, March 26, and lasts until supplies run out. It will be at the Deschutes County Fairgrounds during the Central Oregon Agricultural Show.

The event got its start decades ago when McDonald’s instituted it as a community fundraiser. The annual event alternates beneficiaries. This year the proceeds of the event will go to Perfect Balance USA, a nonprofit organization working to educate the community on how food gets from the farm to the table, and how to collectively preserve water for our ecosystems, endangered species and farmland.

McDonald’s is donating the food and cooking it on site at the Ag Show to benefit a cause that is close to home.

“The struggles of agriculture in the last two to five years have been challenging all around the United States,” Andrea Brown, area supervisor for the five Central Oregon McDonald’s restaurants owned by the Rodbys, said. “Prices of everything are going up and I think it makes consumers very aware of the trickle-down effect it has when we lose a farmer or rancher….”

“When we have a bad year of drought and a farmer decides he doesn’t have enough water to even try to grow a crop, we lose that farmer and it has a detrimental impact on the economy,” Brown said.

Brown said the time has come for McDonald’s and all other fast-food restaurants to band together to really help promote and support ranchers and farmers across the country and world “…because we wouldn’t even exist without them.”

While McDonald’s has supported agriculture for decades, it’s done so quietly and behind the scenes, but leaders of the worldwide restaurant chain feel it’s time to get more vocal about it.

“We need people to get more educated on agriculture because without agriculture any food business will not survive,” Brown said. “We’ve been quiet about our contributions until now, but given that McDonald’s has such a following, we are starting to get boisterous about it.”

Each of the five Central Oregon McDonald’s restaurants owned by the Rodbys actively seeks out ways to better the community, including supporting 4-H and FFA, buying animals at the fair auction and helping to raise funds for the programs.

It doesn’t stop there. Supporting the Ronald McDonald House, local sports teams and livestock associations are among the many ways McDonald’s supports the communities in which they do business.

In December, the Rodby Foundation partnered with Perfect Balance USA on a fundraiser that raised more than $70,000 in one night.