If a farmer needs it, GK Machine can build it 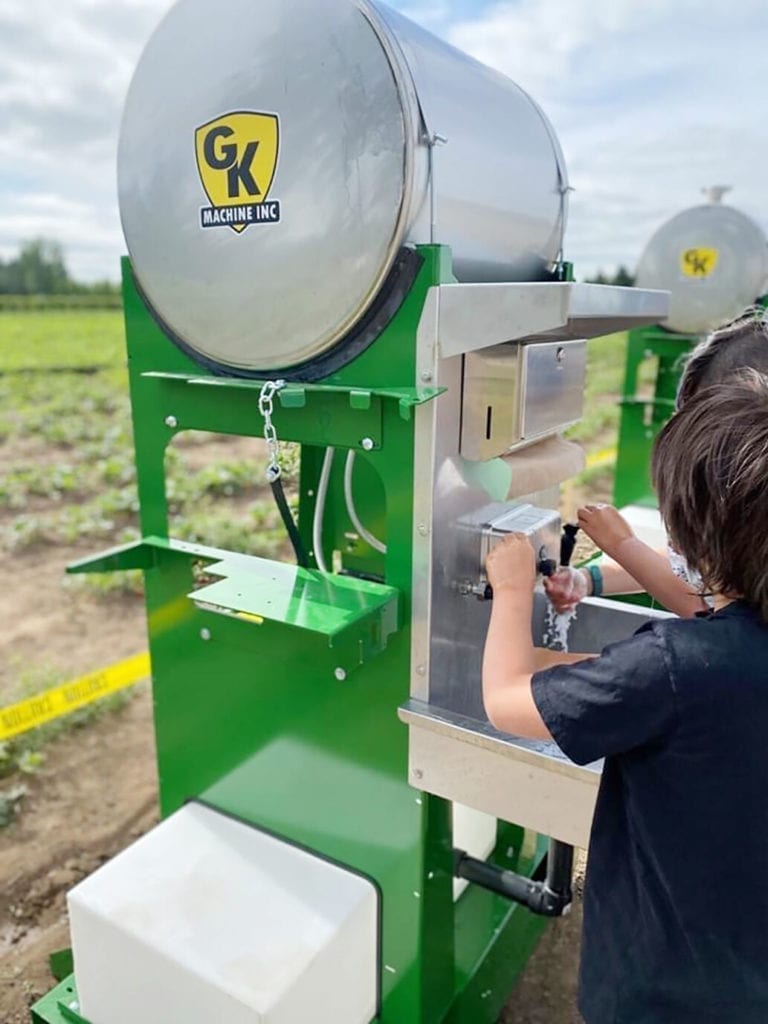 If a farmer needs it, GK Machine can build it

Gary Grossen has always had a knack for fixing things.

It was known around town that if something broke, Gary could fix it.

“Gary was kind of the genius machinist,” said Connie Lindsay, GK Machine Co.’s communications and marketing director. “He got his journeyman’s machinist certification in high school.”

In the meantime, Keith, his brother, worked on the engineering side of the operation.

“Keith would draw it and Gary would machine it,” Lindsay said.

Once Gary told a farmer, “I’m going to make you a piece of machinery you can’t break.”

That’s when he started building his own equipment. In 1976, the brothers opened GK Machine in the tiny town of Donald, Ore., not far from the dairy farm where they grew up.

In its early days GK Machine consisted of 45-50 employees in one small building. It has since grown to nearly 200 employees in four buildings totaling 177,000 square feet.

“We have a whole line of agricultural equipment we manufacture and sell direct,” Lindsay said. “We also fabricate industrial equipment for about 60 OEM manufacturers who brand them for sale to the public.”

And that’s not all, she said.

“We design equipment for farmers every day; there is never a dull moment around here,” Lindsay said. “We have 20-25 people in our machine division and another 30 fabricators, a paint staff of 10 or 12 and about 10 people in repair plus office staff.”

Several employees are Grossens, and though Keith has retired, Gary remains in the thick of things.

GK also has a stable of 22 engineers, and at any given time there will be 750-800 jobs on the floor. They are currently building six robotic harvesters for a California customer.

“We’re also using vision robotics where the camera takes a picture of the plant and a picture of the weed and the cultivator takes out the weeds and leaves the plants,” Lindsay said. “There is some really cool technology we’re embracing here at GK, because we think that’s the future of farming.”

GK’s oldest product, the H9 automatic tree and shrub digger, remains the only such machine in the nation.

Also unique is the 3W6 buggy for spreading or spraying. It has a flotation design specifically for the Northwest’s wet conditions.

Their greenhouses are all steel, pre-drilled and come with an instruction manual for the do-it-yourselfer.

One of GK’s newest products is a deluxe toilet trailer and wash station with a convenient RV dump valve.

“That came about because of COVID,” Lindsay said. “There used to be 20 workers to every wash station and now they’ve gone to 10.”