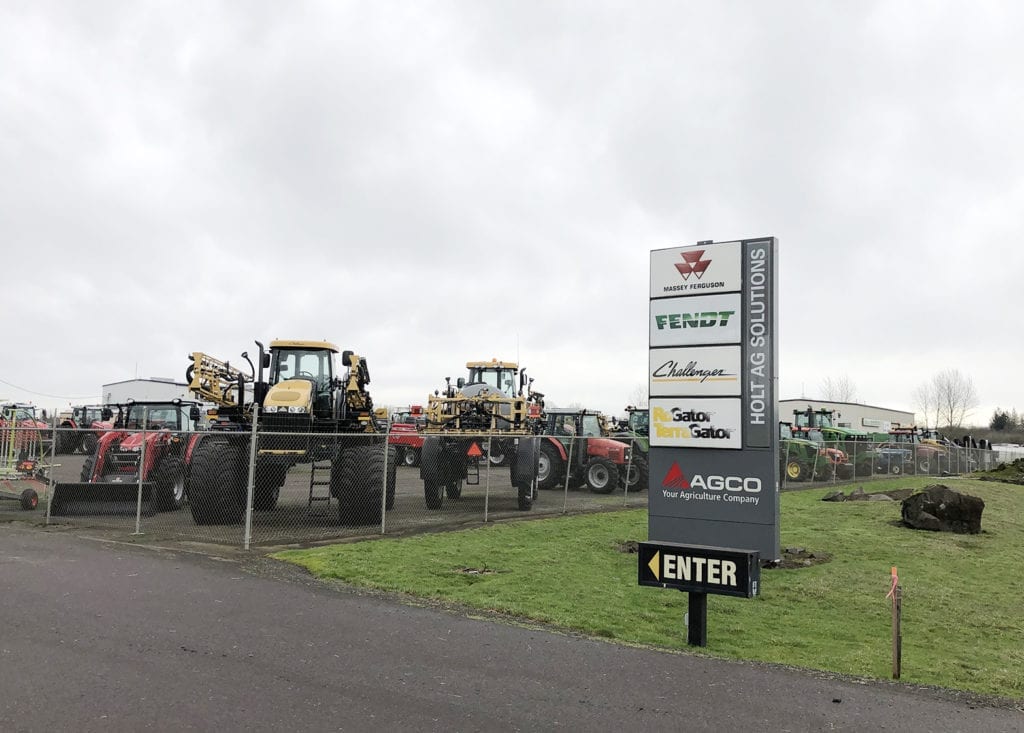 Holt Ag Solutions got its start in 1931 as a Caterpillar equipment dealer in Marysville, Calif. Eighty-nine years later, the company has evolved, changed and grown.

In 2011 Holt of California decided to separate the ag side of the business from the Caterpillar business.

Now, Holt Ag Solutions is a CLAAS and AGCO dealer.

The company began its expansion into the Pacific Northwest in 2019. It now has 12 locations in California and Oregon.

“Between the two states we have quite a variety of crops — dairy and hay down in Merced; rice in Northern California and then the Willamette Valley is the Grass Seed Capital of the World,” Vice President Eric Williamson said. “…Central Oregon, Klamath Basin — each area has its specialties.”

Many crops utilize much of the same equipment, but configured differently.

At the Northwest Ag Show, good attendance and increasing brand awareness through effective interactions with attendees are among Holt Ag Solutions’ top goals.

“Some of the products we sell lead the industry in technologies,” Sales Director Randy Grimes said. “Our Fendt products, as well as our application equipment, utilize advanced GPS technology and communication, and we spend a lot of time training our sales and service people in how to maximize the utilization of those products.”

“It requires an operator in the cab but can be configured to fully operate multiple functions without steering or pushing the buttons to operate an implement,” he said.

“We’ve had several customers adopt that technology just in the last 18 months,” Grimes said. “It is relatively new and very cutting edge.”

Fendt is a German company relatively new to North America.

“It is a world-leading manufacturer with world-leading technology,” Williamson said. “They have been looking for very high-quality, high-performing dealers to support the product because it requires a very engaged dealer to support a very high-end product.”

“This is the first year we will be able to sell that brand and we’ve had several presales for 2021, so you’ll see a lot more of them out in the field,” Williamson added.

Each Fendt tractor comes with a three-year, 3,000-hour, bumper-to-bumper warranty so the customers don’t have any other inputs other than the actual purchase price, their fuel and their operator, he said.

“That’s a value-added differentiator for us; something that helps set us apart,” he said.

Visit with representatives of Holt Ag anytime during the Northwest Ag Show.