Aglink tells ag’s story one classroom at a time 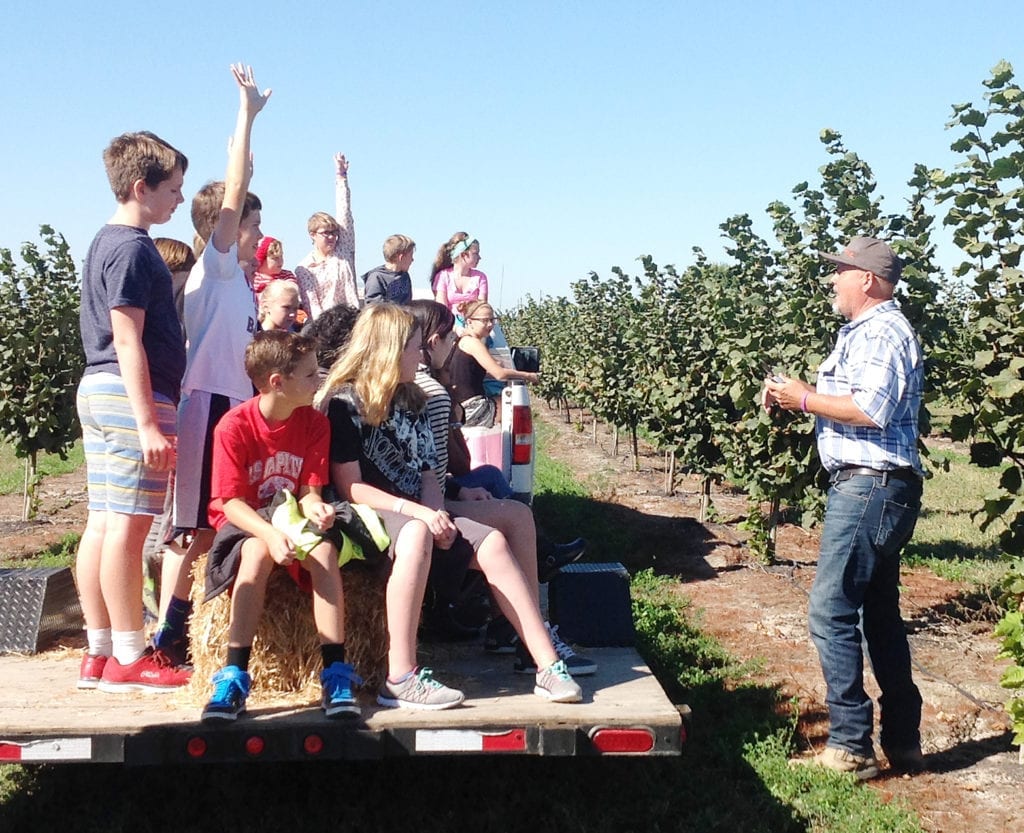 Aglink tells ag's story one classroom at a time

Established in 1966 as the Agribusiness Council, Oregon Aglink still works to bridge the gap between urban and rural Oregonians.

“We are trying to bring all parts of agriculture together and help people not working in these spaces to understand what is happening around the state,” Aglink Executive Director Mallory Phelan said. “We’re a large, diverse board from all across the state and covering a lot of different commodities grown in Oregon along with folks from the professional service sector.”

One of the longest-running outreaches of Aglink is the crop identification signs in front of vast fields of such crops and livestock as red clover, radish seed and beef cattle. In partnership with Oregon Women for Agriculture, Oregon Aglink has placed more than 200 signs along the state’s most traveled highways.

The Adopt a Farmer program is where most of the nonprofit’s fund-raising monies are applied. The program is in its 10th year.

Adopt a Farmer matches middle school classrooms with farms and ranches around the state for a whole school year, funding field trips and facilitating classroom visits by the farmer.

“We do activities that relate to what they’re learning in school,” Phelan said. “They may go to a dairy and learn all about that and then in their math class we might do a graph of milk production.

“The whole idea is to establish a relationship between students and farmers,” Phelan said. “It’s nothing like a visit to the pumpkin patch. It’s more a behind-the-scenes look at how this farm works.”

Being on a farm is a “very memorable experience” for most people, she said.

“In the past 10 years we’ve reached over 20,000 students from Portland to Medford,” Phelan said. “We ultimately want people to have a positive experience that helps them realize that things don’t just show up in the grocery store, and I think the pandemic really highlighted that when some things ran out.

“Having to do things by internet has very much contributed to that disconnect; people rarely even go to the grocery store anymore; they just click things on the screen and it shows up on their doorstep,” Phelan said.

“In prior generations farmers didn’t have to explain what they were doing.”

As part of the Northwest Ag Show, Oregon Aglink will be available to answer questions farmers and ranchers might have and suggest ways they can become involved.